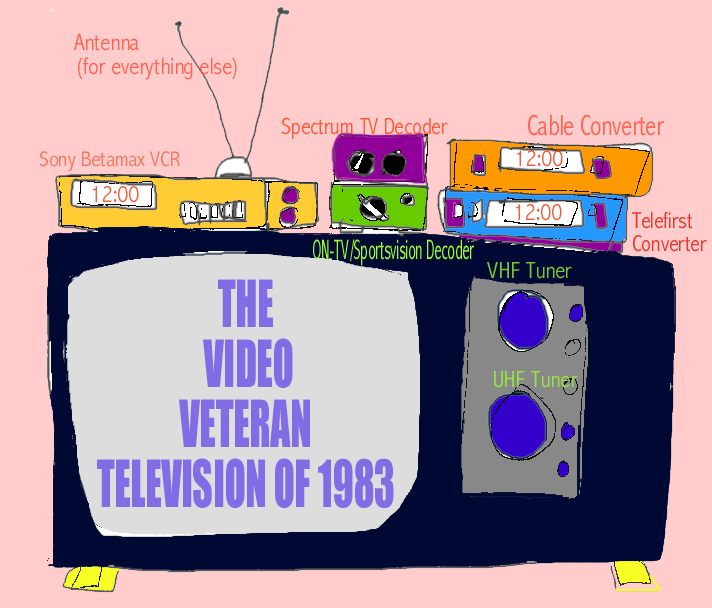 Component audio systems (utilizing equipment from various sources to make one hell of a stereo) rose in numbers from the mid 1960s. It was only natural that television would follow down the same path. Since TV's acceptance into America's living rooms, viewers have been offered additional "perks" to enhance the television experience. In Chicago, viewers were first asked to put a box on top of their set, connected between the TV and the antenna as well as an additional line for the telephone to view Phonevision. In 1953, viewers were again asked to add another box (this time without the phoneline) to be able to watch channels 14 through 83. Phonevision went the way of mechanical televisions and eventually television manufacturers were forced to include VHF and UHF channels, eliminating the need for additional equipment. By the 1980s viewers (especially if they lived in the 'burbs) were swamped with choices and the many boxes that went along with them. Above is an illustration (yes I know a crude one) of how someone's set may have looked in 1983.

A PAS T LOOK INTO THE FUTURE 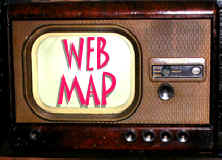 BACK TO THE WEBMAP