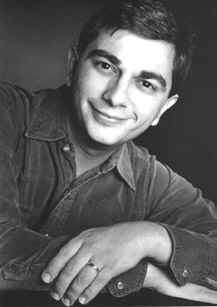 Rich found his calling and later while still a student at Northwestern University in Evanston, known for its extensive performing arts/broadcast facilities and curriculum, he sent comedy material to Jerry G. Bishop at WFLD. Bishop, a popular WCFL radio personality had been doing voice-overs during the commercial breaks of "Screaming Yellow Theater." Bishop, impressed by Koz's work, hired him when the show advanced to short comedy sketches from just simple slides between breaks. In 1973, when Kaiser Broadcasting decided to use their own horror movie host "The Ghoul," Bishop and Koz moved to WMAQ Radio where Koz worked as writer, producer, and on air talent on Bishop's morning show.

Rich also had the chance to work with the great Dick Orkin, who created the well known "Chickenman" and "Tooth Fairy" radio serials. Koz co-wrote with Orkin 65 episodes of the serial "Chickenman Returns For The Last Time Again." In 1979, with Bishop's blessings, Koz returned to WFLD as "Son Of Svengoolie" and stayed for over 9 years. However ownership changes would force Rich off the air again as Fox purchased the station and found the award winning local program beneath them. However a little over a year later Koz would find himself back at WFLD, this time as himself and again hosting movies. Rich appeared as a pirate broadcaster breaking in on WFLD signal so he can do his stuff. The show was so well done that it prompted inquiries by the FCC. Koz won a Chicago Emmy award for Best Entertainment Series.

The name Rich Koz may not be as common to Chicagoans as Dave Garroway, Don McNeil, Ray Rayner, or Fahey Flynn, among many others, but it should be. Well respected by his peers in the industry and admired by his legion of fans, not just in Chicago but across the country, Rich Koz, like those pioneers of Chicago television, has continued the tradition offering quality and original programming from a local station.

Rich's hard work was acknowledged in June of 2004 when he was inducted into the prestigious Silver Circle.

Section Two of  THE VIDEO VETERAN brings you up to date on what's happening with longtime WGN-TV favorite Don Sandburg, the man who gave us Bozo's Circus, the Grand Prize Game, and himself as Sandy the Clown in SANDY SPEAKS!  Jerry G. Bishop is alive and well doing the afternoon drive on San Diego AM radio.  TALKIN' WITH JERRY G. recalls the days at WCFL and WMAQ radio and of course Screaming Yellow Theater as Svengoolie.     And our whole chapter opens with THE MEN OF U H F.  Interviews with Chicago pioneers of television's last frontier- U H F.  Catch up with Bob Lewandowski, Jerry K. Rose, Edward L. Morris, Sterling  'Red"  Quinlan, John Weigel, and VIDEO VETERAN SPOTLITES  on the last of the Chicago television media moguls Fred Eychaner and the nation's first television network Du MONT.

copyright 2001 Steve Jajkowski  All right reserved  If you access this page through the WGN-TV KidVid page, just close the window.  Or you can click on any of the buttons above.  Clicking on WEBMAP will take to the crossroads of the entire site.